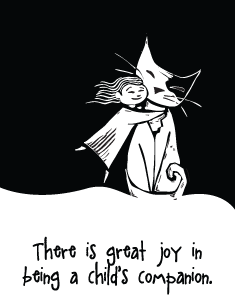 A recent graduate from the University of Maryland in Computer Engineering with a minor in Technical Entrepreneurship, Shruti is based in Maryland, USA.

I was 10 years old when the Tsunami hit. I was glued to the TV screen just like every one else when news of the devastation started pouring in. People were talking about it everywhere I went. The local politicians, support groups, teachers, etc. kept saying - "I wish I could help...". I repeated the same but didn't understand why nobody was doing anything. Looking back, I blame it on my naivety: you see, I really believed that when someone said he wished he could do something, he was actually figuring out ways to help. I learned within days that "I wish I could help." was just a phrase that expressed sympathy. Then, I met a certain group of people who rushed to gather supplies - clothes, utensils, blankets... anything they could find in a short span of time. This group did not ask for much, but even at 10, I understood that they weren't just talking the talk; this group was "walking the walk". This was my introduction to Jana Rakshita and the "group of people" that formed the board of this beautiful organisation.

I grew up around their relief efforts which did not stop at helping the Tsunami victims. I saw the aid they offered anyone who asked for it: children diagnosed with cancer, adults in need of surgeries they couldn't afford and more. People were being helped in the true sense of the term. Also, one big realisation was that help does not necessarily mean money - Jana Rakshita had volunteers who spend time with the victims and hand hold them through all their healing procedures.

Over the next few years, I went to gatherings where I met some of the children and their families. I saw genuine smiles. If there is one thing Jana Rakshita has taught me, it is that anyone can make a difference. I wanted to do more. I decided to start with my birthday. Instead of a big dinner in the city, I invited my friends to donate money they would otherwise spend on food and drink to a charity of my choice. Using Facebook and GoFundMe, I was able to spread the word and gather support. The support was overwhelming and we were able to raise $500 for the trust. The amount is not significant when one thinks about how expensive healthcare is but it is a step in the right direction. My goal is to become a larger part of these efforts and contribute in any way that I can.

A musician, Max currently lives in Brooklyn, New York. While he was living in Mumbai between 2009-2011 and studying under the great santoor maestro, Panditji Shivkumar Sharma, he was introduced to Jana Rakshita through one of its board members and a fellow musician – Priyadarshini. The special reason was that he played the Hammered Dulcimer, a soothing instrument, similar to a harp and had years of experience playing in hospice care, as well as playing for Musicians Without Borders; a NFP that brings musicians to NYC area hospitals.

“Seven-year old Sumedha had come to Jana Rakshita for help with the treatment of a cancerous tumor in her stomach. After treatment, the tumor showed signs of improvement, but after eight months or so, there was a relapse. This time it spread to her brain, and she was diagnosed with a brain tumor. Surgery was successful, but within a month, the cancer relapsed. The cancer was shockingly aggressive, and by the time I met her, Sumedha was terminally ill.

For the next month, I met Sumedha at her home, in the hospital, and at the offices of Jana Rakshita. I played music for her and her family. We laughed together. We ate together. We talked about the treatments and the options available. The family openly shared their problems. They were exhausted, and needed a shoulder to share the burden with.
My experience with Jana Rakshita was eye opening. I got to see firsthand what it means to truly care. Beyond the financial assistance the team tries to provide, it is abundantly clear that even after the treatments are done with, the organisation has made it its sincere duty to improve the lives of the children and their families. It provides counsel and calm in an otherwise terrifying situation. Sickness, especially cancer, carries with it a negative stigma; it’s almost as if people believe it is contagious. It was highly admirable to see everyone’s level of involvement. The patients became a part of their family. Each volunteer is a true inspiration, and it is my honour to write about this incredible NGO.

Ashwini’ s first association with Jana Rakshita began as a patient from March 2010. A brave cancer survivor, she is currently pursuing a graduation degree in Mumbai.

“Working as a volunteer at this wonderful organisation called Jana Rakshita makes me feel so blessed.There is a lot of positive energy that I get to experience being around the trust and its trustees. It does not feel like I work here; it just feels like I am around with my family and am giving them a helping hand.

Going out of their way to help a patient is something that the people here do always; they are available at any hour of the day or night if you need them. Keeping track of a patient’s health even after he or she is done with the treatment and is completey recovered is one thing that I love the most about Jana Rakshita. There is no other trust like this that I have seen.
I know from experience how it feels to be with a child getting treated for cancer. You feel low at times and very alone. At times like that, you always need inspiration to go on fighting. I always had my family, relative and friends by me but Kala aunty and Priya di built a positive vibe around me that helped me put up even more of a strong fight than the one I was actually putting up. After my experience, I always wanted to help children out the way I was helped. My time at Jana Rakshita is making this dream come true. It feels good interacting with the patients and motivating them.
There are some wonderful and down-to-earth people here trying to give love, support and generosity back to the society in every way they can. I love being a part of this family!”