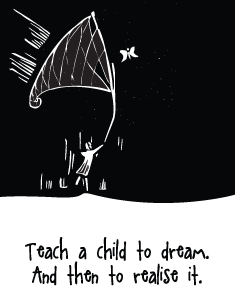 A chemistry graduate with a diploma in computer applications from NITIE, Kala worked as a software programmer in a reputed International Software company before she quit to actively help the local community both in official and unofficial capacities. Kala has been helping underprivileged people with focus on cancer patients for the last 22 years. As one of the founding members and Chairperson of Jana Rakshita, she continues to endeavour to extend the organisation’s humanitarian help to as many deserving people as possible.

An Electrical & Mechanical Engineer with about 58 years of industry experience, of which the last 40 have been as a SSI owner, Raghu holds charity very close to his heart. He has been a freemason for the last 24 years and is naturally inclined towards providing relief and charity. In the course of his career, Raghu was involved in providing solar power lamps to villagers who lived in places where electricity was virtually non-existent. Raghu has been working as a Trustee/Secretary at Jana Rakshita Charitable Trust since its inception.

An Engineer with over thirty-five years of experience in the oil and gas industry, Shyam has seen countless cases of families traumatized by cancer, especially those financially challenged. He has made it his responsibility to lessen the pain and ease the burden of this vicious disease, and is deeply inspired by the perseverance of the patients. He takes it upon himself to give strength and bring back smiles to as many children and their families as he possibly can. Shyam as one of the founding members of Jana Rakshita, is a key member of the Board of Trustees.

Priya Darshini is a GRAMMY® nominated musician from Mumbai, currently based in New York. She is also an ultra marathoner, and on the board of The International WildLife Co-existence Network. Priya has consistently used her platform to advocate for social, and environmental justice. Priya has been involved with Jana Rakshita since its inception in 2004, and considers her time spent the most inspiring part of her life. She is moved by the children’s indomitable spirit and enthusiasm for life even in the face of extreme and unimaginable pain. As a trustee at Jana Rakshita, Priya brings this understanding to her endeavours and works towards giving back some of the unconditional love she gets from the children.

After graduating from Poddar College, Mumbai and working with a leading Advertising production house in Mumbai, marriage took Sonal to London where she worked with a retail bank. 14 Years later her husband's work brought her back to Mumbai where she got an opportunity to observe the Jana Rakshita team in action from quite close. Being a mother and also a caregiver to a close family member fighting cancer, Sonal immediately found a connection. As a trustee at Jana Rakshita, she wholeheartedly works towards fulfilling the oganisation’s aim: making a difference, one life at a time. The sheer resilience and the fighting spirit of the children continue to inspire her.

With a Post Graduate degree in Commerce and an MBA in Finance, Shifa pursued a promising career in Corporate Planning and Corporate Finance with Voltas Ltd. for 6 years. Currently, she has given in completely to her creative calling and is pursuing a career in music as a vocalist. Shifa is an active member of Jana Rakshita and as a coordinator for field activities involving hospitals, doctors, patients and their families, she works towards bringing hope to many unfortunate children.

After graduating in Management Studies, Rupal went on to earn a masters degree in Social Work. Post that she worked for 4 years with NGOs including Revive Bombay Trust, Prerana and Pratham. She has been a trustee at Prerana since 2008. Today, she continues her work there along with volunteer work at several other NGOs, including Jana Rakshita.

A paediatrician and a neonatologist, having his own practice and is a honorary paediatrician in a Government Hospital. Ashish has been working in pediatric intensive care for the last ten years. Jana Rakshita has been a part of his life. Regular interactions with children undergoing chemotherapy for various carcinomas always developed in a special attachment to them. The pain of treatment and even worse, the burden of its cost always brought a tear to his eyes. As a Trustee in Jana Rakshita he makes every effort to bring a smile on these children's faces.